Write Until They're Real: Schmaltz From The Trenches 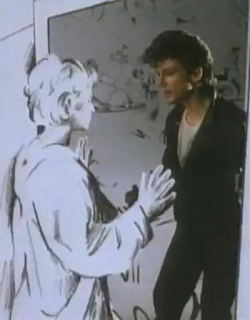 I recently completed the first draft of my third feature length screenplay this year. (My fifth total.) I've been rapid-fire writing since May.

Certain facts about screenwriting crystallize with each first draft that crosses the finish line. This is what hit hardest this go 'round.

Handy Reading Tip: You can read this entire blog as though it were a slightly shouty Nada Surf song from the 90's.*

You begin writing for very personal reasons. You probably hope to attain some kind of catharsis or generate a do-over you can't have in reality. Maybe you're even angling for a professional opportunity. Whatever your motivations, odds are, you're trying to run a very specific holodeck program.


It happens the same way when you try to write a blog on your website that proves you're a good girl and you know and follow all the rules. You don't end sentences with prepositions, write fragments, be repetitive, or, or, or...

Somewhere along the way, usually just before you finish the first draft, you'll fall in love with these shiny, brand new people and their world. The one you created because you were also created. This will seriously mess with your plan. Out will pour the sentence fragments and grammar errors.

Just how love mucks up best laid plans in reality, this process will change your intentions. Your resolve to work your will? It implodes on itself, collapsing like a dying star. Or a bad soufflé. Whichever makes you feel less pretentious.

You won't be able to write the ending you wanted. You'll lose that monologue aimed directly at your second cousin Hildy who pushed you into the pool when you were kids. Because you can’t do that to them. The real people on the page.

You want the best for them. Which isn't, consequently, always a happy ending. You'll have to give them what they need instead of what they want. They must learn their lesson. It will differ from the message you began with when you first intended this...thing.* And it will be better than the revenge or praise you are secretly coveting. 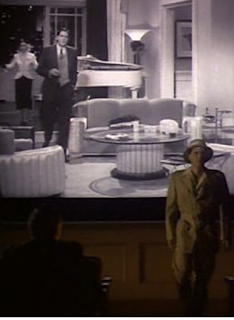 Joss Whedon said, “Art isn’t your pet, it’s your kid. It grows up and talks back to you.” I once thought that advice was just for the “real” writers. I'm a populist and a sell-out. I write because I'm compulsive and obsessive and usually both simultaneously. It also happens to pay the bills. See? Sell-out.

What Joss said is true. And the truth is true for everyone. Pesky, right? (Even though I'm pretty sure he meant it in regards to shiny, completed works and the way audiences process them and recite them back to you.)

So for those of you, like me, who have to work really, really hard to spin a world, take heart. You’re gonna get something special in return for all those buckets of blood, sweat and tears.  Just like your characters, you'll get what you need.

*Don't do that. It's very distracting.
*sheer eloquence
Email ThisBlogThis!Share to TwitterShare to FacebookShare to Pinterest
Labels: advice