Shut up and Write 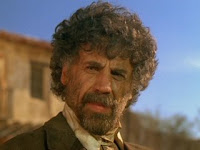 Yesterday I drafted a huge blog about my writing fears. I'm starting a new script that needs to be finished by the beginning of August.*

But you know what? I've written about these fears before, to repeat them would be useless. In fact, I've had long conversations trying to hash out my fears over the course of years. I've shed tears for those f...wait.

(Feel free to read this next part in David Spade's voice.) Wah, wah, wah. Blog draft deleted. I'm saying this to myself and you, if you need to hear it.

Shut up and write. Focus on a project. If you don't have a project to focus on, create one.

Stop telling people who you are. Show them instead. Stop looking for a support group or a fan club. Be autonomous. When your work is good enough, your support group of peers will show up all on their own.

There are a plethora of opportunities out there for writers. Contests, coverage services, fellowships and pitch-fests...but you can't participate in any of those if you sit around WHINING ABOUT THE PROCESS instead of getting your stuff done. Ideas are not currency. Everyone has ideas. Scripts are currency. Concrete proof is currency.

So this is me, shutting up now. I kindly invite you to shut it, also. Join me, won't you?

*Update: I finished the script, received positive feedback from the network I pitched it to and they are still considering purchasing and producing it. Cross your fingers for me. ALL TEN OF THEM, so it looks as though you have five monster fingers. I'll know for sure in early October.
Email ThisBlogThis!Share to TwitterShare to FacebookShare to Pinterest
Labels: advice, i know they say its insane to talk to yourself and answer but there you have it, pep talk, would you say you have a plethora of ideas and opportunities, writing advice, writing pep talk