I relented this week and purchased Final Draft after over a decade of doing my own formatting for everything. This is how it feels:

I'm Audrey (duh) and Seymour is Final Draft. I used to forbid myself from using Final Draft. I've always had a chip on my shoulder about that program, a martyr's complex...

But Final Draft is an industry standard now. It makes the process of thinking through the actual writing (You know...plot, character...little things like that) so much easier instead of drowning in formatting anxiety.

Jerk-faces love to get you on incorrect formatting. You could hand in a near-perfectly formatted script, and any badge-carrying jerk-face will find your one error and wait to point it out in the executive read-through, in front of everyone, to make you feel small.

There's a huge difference between the people who try to make you feel bad about yourself to keep you down and the people who give you helpful, necessary criticism. (Clients, fellow writers, your workshop, etc.)

I think that's why I had a complex about doing everything without help. I responded to those few instances of bullying instead of just Amy Poehler-ing or Tina Fey-ing it and moving on to what was next. Ironically, if I would've used Final Draft, there would've been nothing to catch. But I had to prove I could do it all by myself. You know, the same kind of demand a toddler makes about eating their cheerios. (Or whatever toddlers do, I don't know. I don't have kids...)

If there's anything that makes the writing process less fraught with insecurity, WHY WOULDN'T I JUST USE THAT? Final Draft, soothing classical music, Xanax...whatever you need to get the words out of your brain and onto the page, use it!

I've been a self-flogging perfectionist about writing for years. (Kind of horrible/punishing to myself in general, actually.) Because nothing anyone ever makes it perfect, I never won at my own game. I just wrote things or shot videos and then found legitimate reasons not to show them to anyone. Because they weren't "good enough".

Forget that. What is this, some sort of very special episode? (Please go back and read the previous sentence in Sophia Patrillo's voice.) Every writer thinks they're the worst. Every writer is afraid of failing. All of us make junk sometimes.

I've been posting a ton of old projects here lately. As I've done that, wonderful things have started to happen. As I get rid of the old, the new comes across the table. As I confess the things that held me back, former professional contacts have reached out to say, "I didn't know you were still writing, want to work on x, y or z?" (Letters are easy to work on, guys.)

Or maybe they're just living their lives and don't have time to validate me. Ultimately, it doesn't matter. Now it's time to write that cliche about putting on my big girl pants.*

And now, for my next trick, I shall end this blog very abruptly with the best usage of the tumbleweed ever put to celluloid.

I put on said pants by pretending I'm Cordelia Chase from Buffy: The Vampire Slayer (I told you, it all comes back to Buffy.) That character fears nothing. She is walking self-confidence. If I can't be confident in difficult moments or scary phases, I'll just pretend like I am. I highly recommend it. 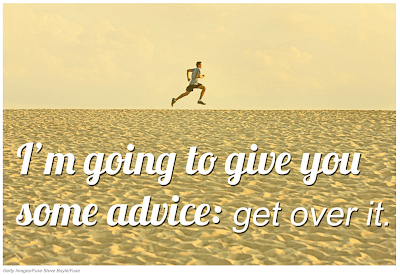 Email ThisBlogThis!Share to TwitterShare to FacebookShare to Pinterest
Labels: advice, Final Draft, lessons learned, screenwriting, the big lebowski, too many feelings, what makes us good at writing can sometimes make us so terrible to ourselves (and others), writing about writing