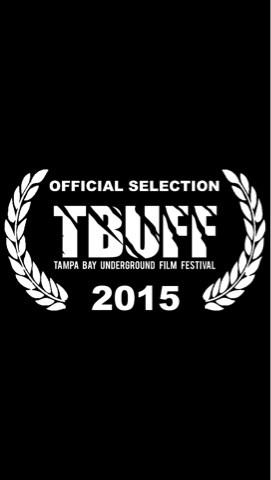 Our third comedy short in three years ("Hit Men" after "Scene From a Thing" at LA Comedy Fest and "Ellie Loves Frank" at FearFilm) snagged some festival laurels at the end of 2015. (Via our fledgling production company Okay Toby.)

I have, admittedly, not been a diligent filmmaker over the last year. The last time I shot was January 2015 and we finished that edit in March. So I'm pleased our third sketch in three years was screened for an audience. It's exciting and validating. Thanks TBUFF and SoCal!

I'm sharing my thanks from a work trip to San Francisco that has already taught me a new lesson about directing. (And provided much vegan borscht, which is, I feel, of equitable value.) There was also the small matter of a visit to LucasFilm, the details of which I will keep nice and vague so you imagine it as being more impressive than it actually was.

I'm deciding how my time will be spent in 2016, and on which projects, on this trip. Then I'll keep my mouth shut about it while I do the thing instead of talking about doing the thing. (For the most part.) But to anyone who has ever read my words or watched my dumb sketches in fest audiences or even read a tweet, thanks Mom. I mean! You! Thanks to you, Jane Q. Viewer, of which I assume you are many and not at all just my parents.

I'm feeling ready to make more stuff of a wider variety for larger audiences that I can offer fewer excuses for because it's closer to what I imagine in my mind. And I wouldn't complain if it turned a profit.
Email ThisBlogThis!Share to TwitterShare to FacebookShare to Pinterest
Labels: comedy shorts, comedy sketches, film festivals, film fests, laurels laurels laurels I made you out of clay, okay toby