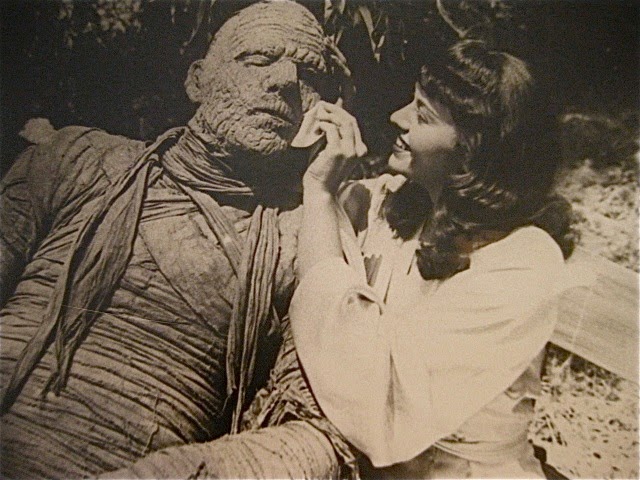 Watch his hands encased in years of cracked and dried mud
move achingly slow, as though they might fall from his forearms at any second.

They pass slowly now over the scroll, guiding his eyes. The same technique a child uses to focus on the words of a page in order to concentrate.


Don’t help him. You can’t. Not like the thick heat of the Nile or the red light of a rising desert sun.
Don’t ask him, "Why should you get to live again?"

Don’t laugh at him when he says, “Give again?” Desiccated ears aren’t much good.
He re-sets his protruding jaw back in its socket and gets back to work.

See the way the water breaks the dark river and know,
he’s under there all right. He’s trying to pretend he doesn’t see you.

His pink gills expand and contract, making a bright spot in the army green depths.
You sense that he wants to play, “stalking”, so you perch yourself daintily on the bough of The Rita.

Don’t bring up his mother again. Even if you found her, she wouldn’t come to Thanksgiving.
You’re stuck in this bowl of ancient-feeling Earth. Water vapor in your lungs.

And stop suggesting he try a pair of pants.
It’s not his way and you knew that when you decided to stay in this giant terrarium.
He’s watching your face under the glassy surface. He’s going under the boat again.

“Damn it Lawrence, you’re just going to have to learn to live with it.”
You probably just sent him barreling over an emotional waterfall.

These Christmas-smelling conifers and atmospheric shelves of fog, they get old.
He’s wringing his hands again and groping at the hair on his face.

You can’t suggest any more chains or jail cells or extra large sizes of button up shirts, not before the full moon. Not during the waning, waxing, harvest, or new.

“Can’t we please just find a way to get past this somehow?”

Then you give him the talk about how maybe this is a wacky sitcom and not a tragedy.
He lopes away in one of his pathetic torn t-shirts. If he would just go to therapy with you…

The hard brick of the castle floor is almost the same temperature as his skin.
His hands and face aren’t a solid Sesame Street blue or a creamy old movie white.

They’re bruised. Full of veins. Like a map of the interstate,
He’s looking at the moon and wishing it was the sun. (Again.)

Don’t speak anymore. You’ve said it all in the last twenty years.
Don’t talk of home improvements that would make a coffin a moot point, or of the internet and the ease with which it could bring soft blue jeans.

The way to love a monster is through sympathetic eyes and with great caution. He jumps out the window again, choosing to fall, like it will make any bit of difference.

Find a sensitive artistic type, you said. You want romance, you said.

Swollen in every way, from his dark hooded eyelids to his stitched hands and feet,  he moves like he’s all shame, all the time. A little soup, a cigar, and what’s the point?

His face tells the whole story. Of his worry for his soul, of his fear he doesn’t have one.

But he looks like a pouting child with a head shaped like a baby. Whatever you do, don’t laugh. It never cheers him up. He’s all pride, this one.

Every creak of the dry windmill floor produces in him a self-pitying sigh. “He could’ve at least given me the body of someone normal in stature, I’m so tired of living like a Redwood.” He’s looking for a fight tonight.

Just brush your hair and admire its shiny white streak.


His big baby head is just pouting at you. You can feel it. Don’t turn around.